What should coal communities do when power plants shut down? Ask Germany. 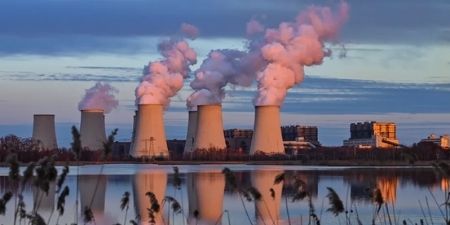 Here are 3 big lessons from Germany’s transition off of coal power.

Right before the Covid-19 pandemic, Jeremy Richardson took a trip to Germany where he did some unconventional sightseeing: visiting a vast strip mine in Lusatia, a coal region in the country’s east. A West Virginia native who’s a senior energy analyst at the Union of Concerned Scientists, Richardson had seen many coal mines in his lifetime. But this mine was different.

At home, he had witnessed mountain-top removal mining that left rivers and valleys clogged and contaminated below. In Lusatia, he saw the opposite. As coal was mined, the dislocated dirt was moved directly to restore a nearby strip of land that had already been stripped bare. “We were just marveling at that and frankly really sad because you can’t imagine anything like that happening in Appalachia,” he said.

Germany’s careful planning for the future of coal was exactly what Richardson and the other Americans on the tour had come to study. Last year, Germany established itself as a model when it passed two laws committing to completely phasing out coal power and providing $47.3 billion in funding to help coal regions like Lusatia diversify their economies.

Meanwhile, “In the United States, the transition is … happening, it’s just that it is happening with no planning and no foresight,” Richardson said. “That’s what has caused all the economic upheaval.”

Over the past decade, US coal production dropped by 25 percent, and nearly one-third of coal power capacity was retired. In March alone, a coal plant on the Yellowstone River in Montana shut down, and the Sierra Club struck a deal with utility company Entergy Arkansas to take two coal plants offline in the coming years.

Read the full article, “What should coal communities do when power plants shut down? Ask Germany.” on Vox.