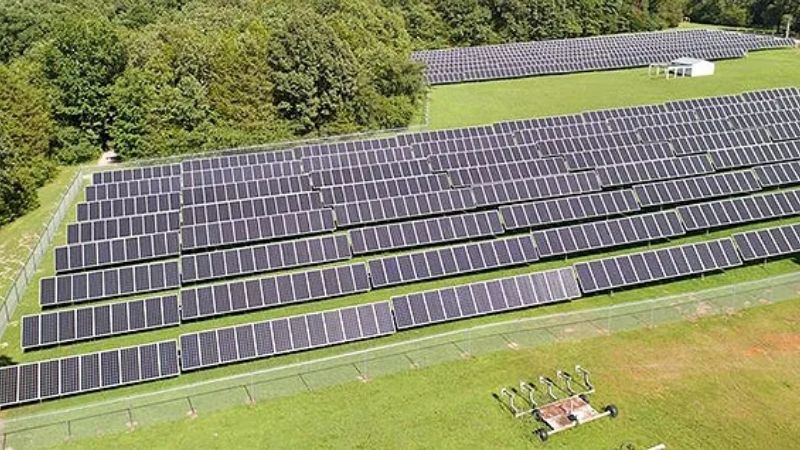 In Batesville, Arkansas, just 17 miles west of the state’s largest coal-fired power plant, a solar array at the local high school is having an unconventional impact: boosting teachers’ pay.

The Little Rock, Arkansas-based company found that the district’s annual utility bills surpassed $600,000, a steep sum for a school system that for years was strapped for cash — and struggled to retain teachers as a result.

But there was some good news.

The audit also revealed that the school district could save at least $2.4 million over 20 years if it outfitted Batesville High School with more than 1,400 solar panels and updated all of the district’s facilities with new lights, heating and cooling systems, and windows.

For Michael Hester, the Batesville superintendent, that eye-popping figure was reason enough to move forward with a comprehensive energy efficiency project.

The project that resulted has helped slash the district’s annual energy consumption by 1.6 million kilowatts and in three years generated enough savings to transform the district’s $250,000 budget deficit into a $1.8 million surplus.

Just as Hester envisioned at the outset, a major chunk of the money is going toward teachers’ salaries — fueling pay raises that average between $2,000 and $3,000 per educator.

“Now we’re in the top quartile in the state,” Hester said.