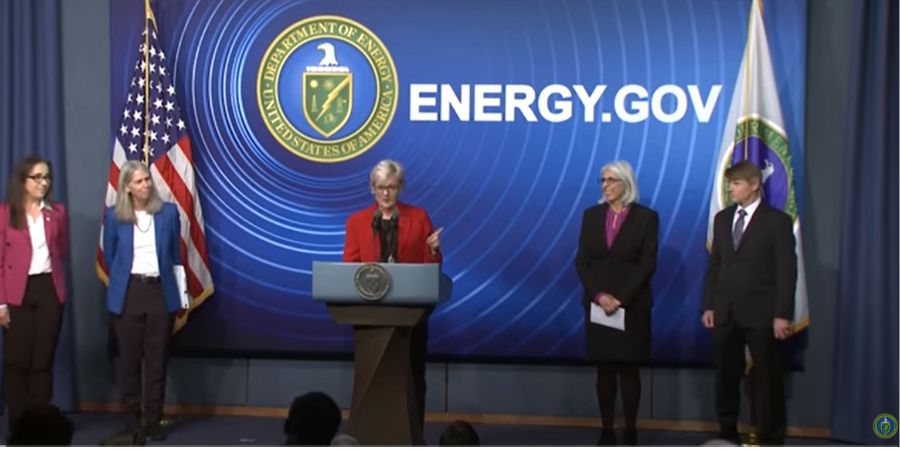 WASHINGTON, D.C. — The U.S. Department of Energy (DOE) and DOE’s National Nuclear Security Administration (NNSA) today announced the achievement of fusion ignition at Lawrence Livermore National Laboratory (LLNL)—a major scientific breakthrough decades in the making that will pave the way for advancements in national defense and the future of clean power. On December 5, a team at LLNL’s National Ignition Facility (NIF) conducted the first controlled fusion experiment in history to reach this milestone, also known as scientific energy breakeven, meaning it produced more energy from fusion than the laser energy used to drive it. This historic, first-of-its kind achievement will provide unprecedented capability to support NNSA’s Stockpile Stewardship Program and will provide invaluable insights into the prospects of clean fusion energy, which would be a game-changer for efforts to achieve President Biden’s goal of a net-zero carbon economy.

“This is a landmark achievement for the researchers and staff at the National Ignition Facility who have dedicated their careers to seeing fusion ignition become a reality, and this milestone will undoubtedly spark even more discovery,” said U.S. Secretary of Energy Jennifer M. Granholm. “The Biden-Harris Administration is committed to supporting our world-class scientists—like the team at NIF—whose work will help us solve humanity’s most complex and pressing problems, like providing clean power to combat climate change and maintaining a nuclear deterrent without nuclear testing.”

“We have had a theoretical understanding of fusion for over a century, but the journey from knowing to doing can be long and arduous. Today’s milestone shows what we can do with perseverance,” said Dr. Arati Prabhakar, the President’s Chief Advisor for Science and Technology and Director of the White House Office of Science and Technology Policy.

Copyright © 2023 Center for Renewable Energy Advanced Technological Education
We use cookies to ensure you are given the best experience on our website. By using this site, you consent to the use of cookies.OkPrivacy Policy